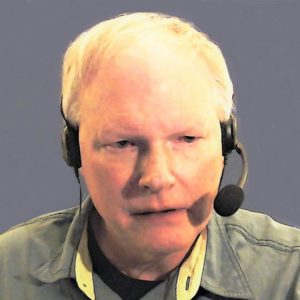 National Rifle Association Certified Pistol Instructor since 2011;
National Rifle Association Certified Instructor: Personal Protection in the Home since 2012.
Trained by American Defense Academy in the R.E.A.L. System of Close Quarters Combat in Handguns and Patrol-Rifle.
Has taught over 500 students the basics of how to safely use a firearm and how to avoid, survive and win a gunfight.
Life Member, National Rifle Association.
Member: 2nd Amendment Foundation, Jews for the Preservation of Firearms Ownership.
Awarded B.A. in history from the University of Alabama in 1981.
Awarded J.D. in 1984 from the University of Alabama School of Law.
Chairman Mobile County Republican Executive Committee 1986-1990.
Vice-Chairman, Alabama Republican Party 1995-1997.
Private practice from 1984 to 1997; civil litigation; election law.
Represented Judge Perry O. Hooper, Sr. in precedent setting case involving dispute over the counting of illegal absentee ballots in 1994. As a result, Hooper became Alabama’s first Republican Chief Justice, albeit 10 months late.
Elected one of two Pat Buchanan delegates from Alabama to the Republican National Convention, 1996.
Appointed Circuit Judge, 13th Circuit in 1997 by Governor Fob James after being selected one of the lawyers (out of 38 who applied) by the Mobile County Judicial Nominating Commission. Endorsed by every Republican member of the Alabama House and Senate.
13th Judicial Circuit, 1997-2015. Retired in 2015. Currently inactive Member of the Alabama State Bar Association (I don’t practice law).
Elected in 1998, 2000, 2006 and 20012 without opposition.
First elected Republican judge in the 13th Judicial Circuit.
Director, 13th Judicial Circuit Court Police 1999-2008.
Tried self-defense cases in court and tried hundreds of felony cases including capital murder cases.
Lectures and writes on the Constitution and Constitutional Rights as well as Firearms Rights.