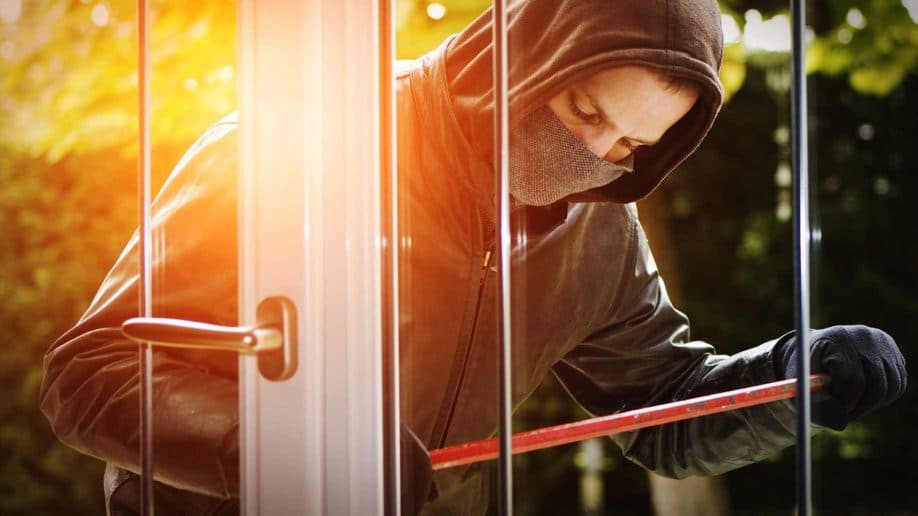 With over 2 million homes violated by burglars every year, according to the U.S. Department of Justice, any of us can be victim at any time. Not to mention that 2014 property crimes (burglaries, larceny-thefts, and motor vehicle thefts) resulted in financial losses totaling more than $14.3 billion, as reported by the FBI. About one burglary takes place every 15 seconds and the typical homeowner suffers a loss of nearly $2,000 in stolen goods or property damage. And, we are fast- approaching the peak season for house thefts, according to the Burglary Prevention Council.

Neale Godfrey, Contributor
Opinions expressed by Forbes Contributors are their own

Why am I writing about this as a money topic? (Besides the fact that it is on my mind due to a recent break-in at my son’s Brooklyn apartment?) Burglary is a topic we should all be worried about because of both the visible and “hidden” financial costs involved.

With over 2 million homes violated by burglars every year, according to the U.S. Department of Justice, any of us can be victim at any time. Not to mention that 2014 property crimes (burglaries, larceny-thefts, and motor vehicle thefts) resulted in financial losses totaling more than $14.3 billion, as reported by the FBI. About one burglary takes place every 15 seconds and the typical homeowner suffers a loss of nearly $2,000 in stolen goods or property damage. And, we are fast- approaching the peak season for house thefts, according to the Burglary Prevention Council.

WHAT ARE THE COSTS?

It’s hard to put a price tag on the feeling of being violated. These costs last for a long time. The hard costs can be estimated, but I assure you, you will not cover all of your replacement costs. The value of a two-year-old laptop may be more expensive than the cost of buying a new one, such as the cost of trying to replicate all of the information and pictures that you have on that laptop.

Years ago, my mother’s home was broken into. The burglars brought an axe with them and they used it to chop through the front door. Not only did they steal all of her jewelry, but also used the axe to ruin several other pieces of furniture, windows, doors and artifacts. I was shocked. The police said that it was very common to see this type of destruction.

As such, a home burglary may lead to an increase in insurance premiums. The amount of the increase is impossible to calculate, but in most cases, it will be permanent. You will pay for that claim for a very long time.

HOW ABOUT THE HIDDEN COSTS?

Windows and doors can be expensive to replace. And, your insurance company may not want to pay for the best replacements. Also, the cost of the actual windows and doors are only part of the overall expense. Labor, new locks, and time off from work to watch the workmen, and maybe even court appearances are some of the other costs. My mother had to hire a cleaning service…twice. (Don’t ask what the burglars did. Holy Mackerel!)

By the way, the new-age burglar is also interested in stealing your identity. The costs of stolen identity are a whole topic for another article, but beware. Don’t leave your credit card numbers and passcodes around, not to mention your passport.

Also, don’t underestimate the stress that is caused by a break- in. My son’s girlfriend took some time off from work due to the trauma she suffered by actually being in the apartment when the burglar broke in. It hit her after a few days when she realized that a stranger had taken the liberty to break into the apartment invading her personal space. It’s scary!

You will never be able to replace all of the sentimental value in the objects that are stolen. How do you put a price on the family cameo that belonged to your great grandmother or the high-boy that was left to you by your treasured aunt? You can’t. My mother was not into caring about “things” and we were raised that way, but I know even she was heartbroken to lose irreplaceable objects.

I probably did too much research on the tips below; however, there is so much conflicting advice. Far be it from me to distinguish the good from the bad. So, I’ll just try to outline what made sense to me.

RUNNING OUT FOR A MINUTE? TURN “ON” THE ALARM

If someone is casing your home, they may be waiting for you to leave your home for a second. They work fast and, if it is an inside job, they can work really fast.

One expert said not to post the name of the alarm company, because all a burglar would have to do is buy a diagram, or go online to see how that particular system is wired. So, place a generic alarm sign saying your house is protected, but make sure it is prominently displayed.

Most people hide valuables in their bedroom. The underwear drawer is the first place burglars look, or under the mattress. Just keep your valuables in a safe-deposit box or hide them in a cereal box, or in the ceiling in the basement, or in the freezer. Essentially, leave them someplace that is not intuitive.

THREATENING WITH THE BIG DOG

I was disappointed to discover that some experts think that the burglar is smarter than the big Rottweiler. Unless you have a real trained guard dog, most big breeds don’t seem to be barkers, and a piece of meat can shut them up. The little “yappers” actually will make more noise and can be a greater deterrent, just because of the attention they can create.

LEAVING THE ONE LIGHT ON

You may actually be helping the burglars to see. A timer that turns lights on in different parts of the house makes it look like someone is there. Change up the schedule and rooms to have them go off at different intervals. You may not be able to always prevent burglary, but as Frank Abagnale, the famous imposter and inspiration behind the film, “Catch Me If You Can” said, “We live in a time when if you make easy for someone to steal from you, someone will.”